According to editor of THE rankings Phil Baty,

“The Times Higher Education produce high-end rankings, which are used by governments around the world. And they’re the only global rankings that take teaching seriously.”

The Times Higher Education World University Rankings are based on 13 performance indicators grouped into five areas:

Teaching: the learning environment (worth 30 percent of the overall ranking score)

California Institute of Technology in top place for the five consecutive years. University of Oxford came back to second from third. Stanford University and the University of Cambridge has moved up from fourth to third and fifth to fourth. Harvard University has dropped down third places from second to sixth. MIT moved up to the fifth from sixth. 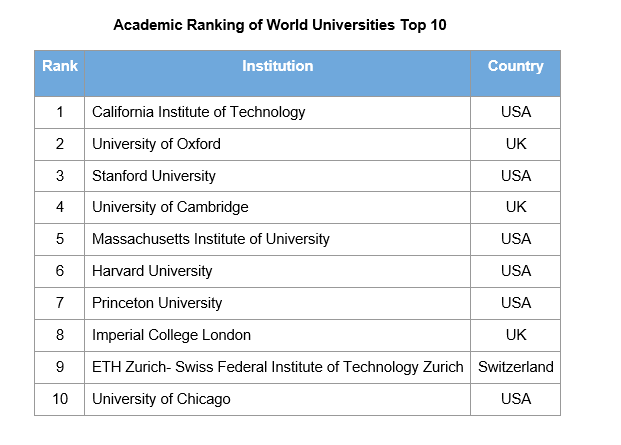 “There is a great expectation that Asia is poised to be the next global higher education superpower, and THE’s top 100 list, which covers the entire Asian continent, will go a long way to demonstrating the rising strength of top institutions in the region, as well as shifting national dynamics in the region.

Rankings are a useful source of information if you are thinking which university would like to go.

If you need further infomation, you could check world universities ranking from following site
World-University-Rankings

Also there are few similar ranking for Universities

Which university you want to send your child?

Looking for Enrichment Class for your Child?
Try our Unique Programme!
Inquiry Form